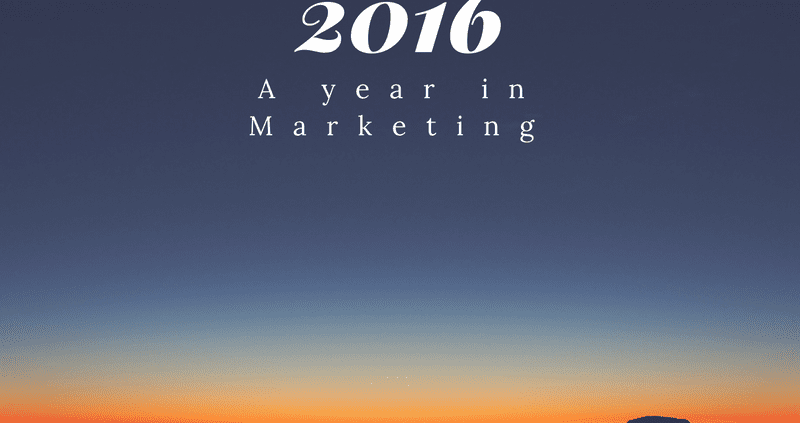 In a year of such major political events, it is all too easy to overlook some of the main events in the world of marketing. We list here a light hearted look at twelve marketing things that happened in 2016 – one for each month of the year.

John Cleese returned as Basil Fawlty for a TV advert for Specsavers.

Google stopped showing adverts on the right hand side of search results.

27th June – England vs Iceland – The most tweeted about TV event of the year with 2.1 million tweets

13th July – Pokemon Go was first released in the UK and high street brands were quick to try and make the most of the phenomenon.

8th September – Chrome announces that from January 2017 it will start to mark websites that are not https as insecure.

Tesco and Unilever have their very public spat over pricing that saw Marmite come out as the big PR winners.

Our Marketing predictions for 2017
Scroll to top
We use cookies to ensure that we give you the best experience on our website. If you continue to use this site we will assume that you are happy with it.That's fine