Prestbury Marketing are great believers in supporting local causes, groups and charities.
Listed below are the ones that we are currently supporting. 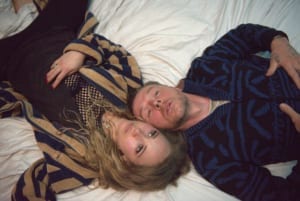 The Cheltenham International Film Festival was one of the first international film festivals in the UK to go online.

The Festival opened on 8th June with Lost Transmissions starring Simon Pegg; the film is a tribute to the versatility of the actor’s widely recognised talent. Pegg, who is Festival Honorary Patron, will follow the screening of his new film with an audience Q&A.

Rubika Shah closed the Festival on 14th June with a Q&A following the screening of her film, White Riot, which traces the roots of 1976 rock movement, Rock Against Racism.

The Festival plans screened over 30 films from over 20 counties, most of which had not been seen in the UK and were not available on any other streaming platform. The online festival was marked by a series of Q&A sessions with the directors of films included in the programme, among them, the Inbetweener’s actor, Simon Bird, director of his debut film, The Days of Bagnold Summer.

The Festival included features and shorts – narrative and documentary – with the emphasis on emerging filmmakers who are beginning to attract notice having had their films screened in some of the leading film festivals from Sundance to Berlin, from Glasgow to Dublin. 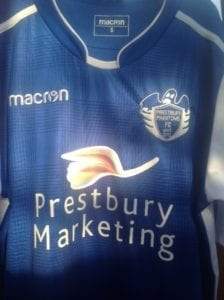 Prestbury Marketing sponsor one of the Prestbury Phantoms teams.

The club was set up by parents to serve the local area, which has limited youth football facilities. Prestbury is a large village on the edge of Cheltenham, with a significant number of young families. Historically, all children interested in football had to join clubs outside the immediate area.

Prestbury Phantoms AFC was born out of the discussions of a group of concerned parents who wanted to provide a local facility that families in the area could access more easily. Their aim is to build a community club, whilst improving the health and wellbeing of their children.

Prestbury Marketing are delighted to be sponsors.

Caring for Communities and People

Caring for Communities and People provide a wide range of services for children, young people, families and vulnerable adults, aimed at preventing homelessness, strengthening families and communities, and supporting independence. Based in Cheltenham, they operate across Gloucestershire, Hampshire, Worcestershire, Wiltshire and South Gloucestershire.

CCP do some amazing work and pride themselves on offering a gold standard service in everything they do. The charity runs “Seeing is believing” tours which is a great way to see first hand the work that they do. CCP also run an innovative scheme called the Market Pantry which provides food parcels and wherever possible fresh as well as packaged or tinned goods.